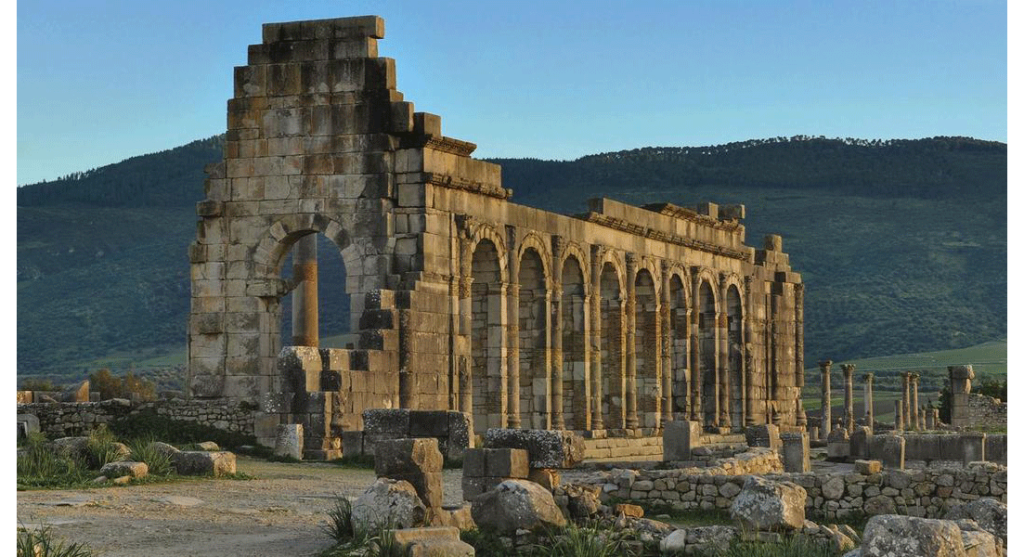 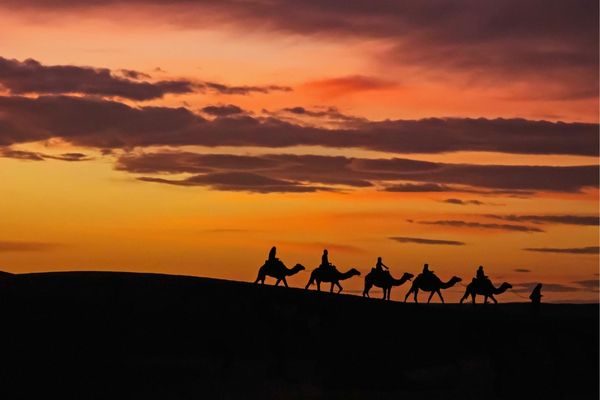 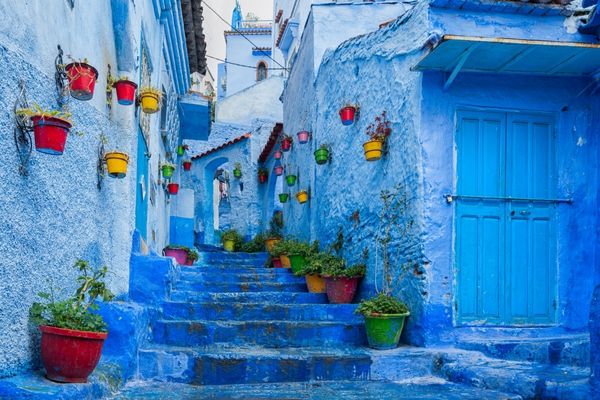 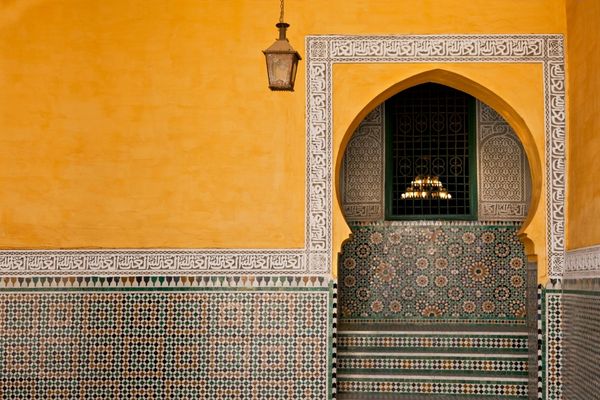 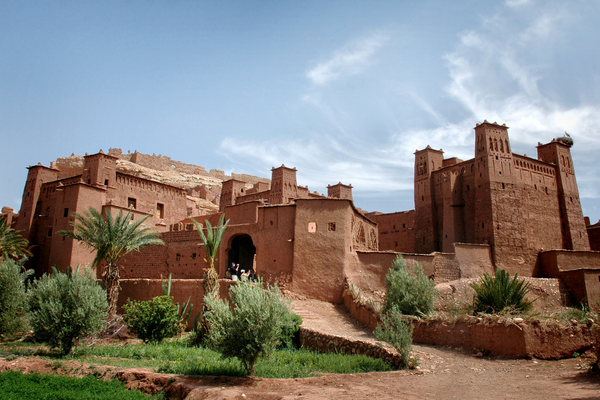 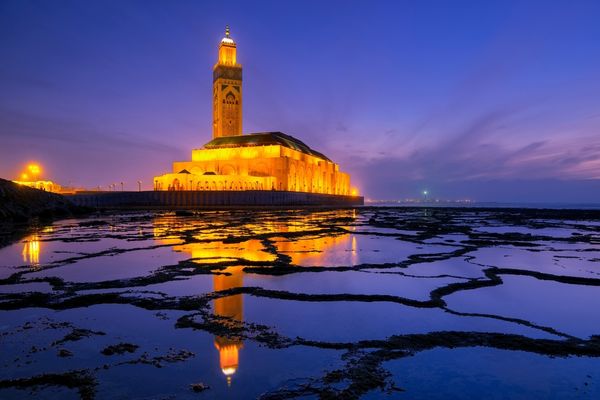 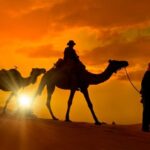 Enjoy northern Morocco’s top cities with this 4-day loop from Casablanca. Wander the blue streets of Chefchaouen in the Rif mountains before stopping in the Roman town of Volubilis. End your quick trip in the culture capital of Fes as you roam the winding souks of the medina, visit local artisan workshops, or try your hand at a cooking class.

Casablanca is a modern, commercial capital of Morocco, with relatively few sights for tourists compared to the imperial cities of Fes and Marrakech. A morning is all you need for a quick tour of the highlights before venturing further afield.

If you only visit one place in Casablanca, make it the Hassan II Mosque, sitting in a picturesque location on the sea. Inaugurated in 1993, it’s minaret is the tallest structure in Morocco and the tallest minaret in the world. It is estimated that the courtyard can hold 80,000 worshipers, with room for 25,000 inside  While the exterior and surrounding area are impressive, what makes this mosque even more unique is that it is of the few mosques in the country that non-Muslims can enter.

Other sights include the Hobous, Casablanca’s “New Medina”. Built in the 1930's by the French. Here you can get a bit of a taste of some art deco architecture. It is a pleasant place to seek out crafts, including an olive, vegetable and spice market. Or take a leisurely stroll along the Boulevard de la Corniche and the Beach Promenade area—often called Morocco’s “Miami."

In the afternoon, enjoy the scenic drive to Chefchaouen as the flat plains and rolling hills transform into the mountainous landscape of the Rif range. Mostly untouched since the 15th century, Chefchaouen offers a relaxed atmosphere with some of the friendliest people in the country. Discover Plaza Outa el-Hammam, the main square, before enjoying a bite to eat at one of the nearby restaurants or cafés.

You can also trek up the hill to the city walls and follow the path to Hotel Atlas. Access the rooftop and admire the expansive view over the Blue City. Towards the end of the day, walk east of the city to ascend a path to the white Spanish Mosque. Its location offers a great spot to watch the sunset behind the mountains.

Rise early and you may be treated with an hour of quiet as you wander the town's blue streets in the morning. Then hit the road to the Roman Ruins at Volubilis, a UNESCO world heritage site that contains Morocco’s best preserved Roman ruins and makes for a nice detour from the hustle and bustle of Meknes. Today you can wander the massive complex, exploring large merchant homes with visible heating systems underneath, temples, and many colorful mosaics in situ.

If you'd like, make an optional pit-stop in Meknes. This prosperous city is a nice preparation for your time in Fes: the medina is smaller, less busy, and shopkeepers are not quite as pushy. While the city is quite large, the two main areas of interest are the Ville Impériale (Imperial City) and the medina.

From there, carry on eastward to Fes. Before venturing into its UNESCO-protected medina, climb the small hill to the Merenid Tombs to enjoy an encompassing view of the city as well as to orient yourself. It's best to visit the tombs during dusk as the city lights start to come on and the muezzin's calls to worship sound through the valley. Return to the medina and to your accommodation, a traditional riad.

Fes is the oldest of the four imperial cities and is considered to have the most complete medina in the Arab world. Relatively untouched since it was founded over 1000 years ago, the haphazard streets provide a sense of what it was like to live during medieval times in Morocco. Often considered the country's cultural capital, it is made up of three parts, two medina quarters, Fes el Bali and Fes el Jdid, and the more modern, French colonial influenced, Ville Nouvelle. Meet your guide for a half-day tour and learn about the rich history and culture as you navigate the winding streets of the medinas.

Start in Fes el Bali at the Bab Boujeloud gate and enter the main thoroughfare of Talâa Kebira. Notice the Spanish and Tunisian influenced architecture as you make your way past shops and souks. Visit the Chouara Tannery and marvel at the many dye-filled stone pots and the men at work still using centuries-old techniques. Next, admire the intricate zellij tilework of the 14th-century Al Attarine Madrasa before heading over to the Mellah (old Jewish quarter and cemetery) in Fes el Jdid. If there's time, visit Ville Nouvelle to discover the dramatic change in architecture.

Spend the morning exploring more of Fes before heading back towards Casablanca, with optional stops in Meknes and Rabat on the way. Depending on your flight time, you may want to explore a bit more of Casablanca before heading to the airport—you can follow in the footsteps of Ingrid Bergman and Humphrey Bogart at Rick’s Café, which recreates the famous scene in the legendary film. 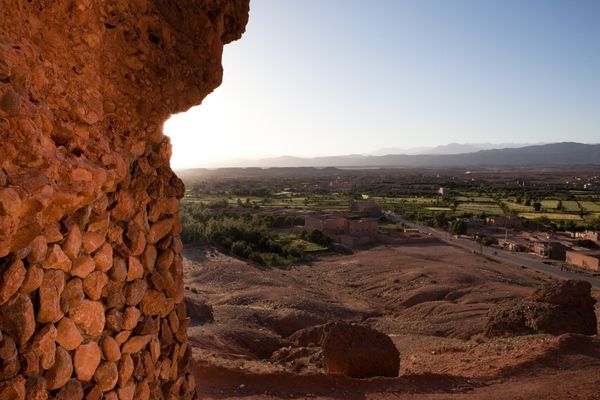 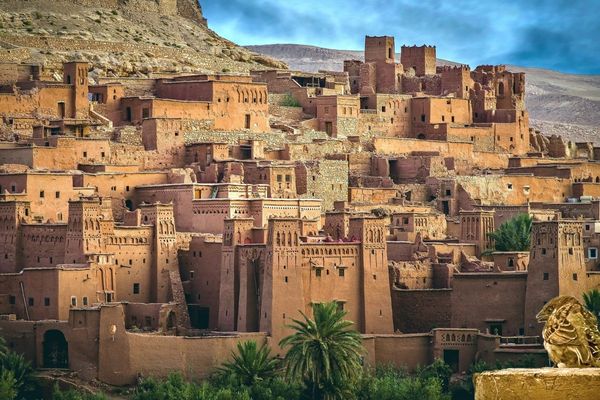 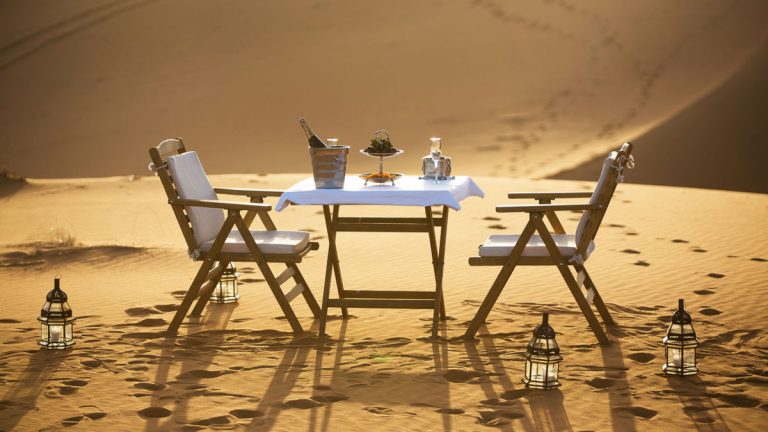 Marrakech and Grand Tour of the Sahara Desert – 5 Days